The Ultimate Weather Balloon Guide to Sending Anything to Near-Space

Far Horizons participants design, build, and launch experiments flown to heights above 100,000 feet on high altitude balloons. The program offers real world opportunities for students and the community to participate in science, mathematics, physics, and engineering challenges. Far Horizons offers a range of camps, internships, outreach, and programs for participants of many ages and experience levels. Students of all ages have an opportunity to conduct hands-on scientific experiments alongside the Adler’s astronomers.

Footage and details regarding the high altitude balloon project at Fountainview Academy. Launched on June 21, 2016 on campus (roughly 20 km south of Lillooet, BC Canada). The balloon reached a maximum altitude of 114,000 ft and landed about 45 km E/SE of the launch point.

Earth to Sky Calculus from Ginger on Vimeo.

The Works’ Balloon Launch See the world from space! Saturday, May 7th, 9:45 am – Noon

At Oakwood Elementary School in Plymouth Hands-on activities until noon. The Works launched 2 weather balloons into near space! Each balloon carried a payload consisting of still cameras, HD video cameras, and other data capturing equipment. Thanks to the 200 people who participated in this great family event! Check out the photos below. 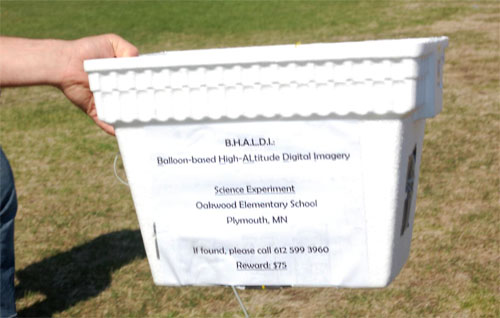 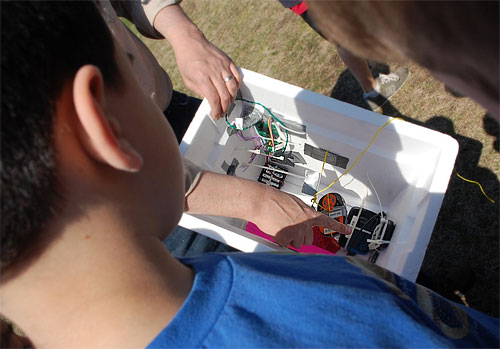 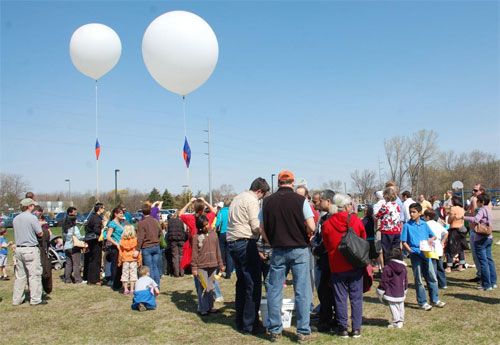 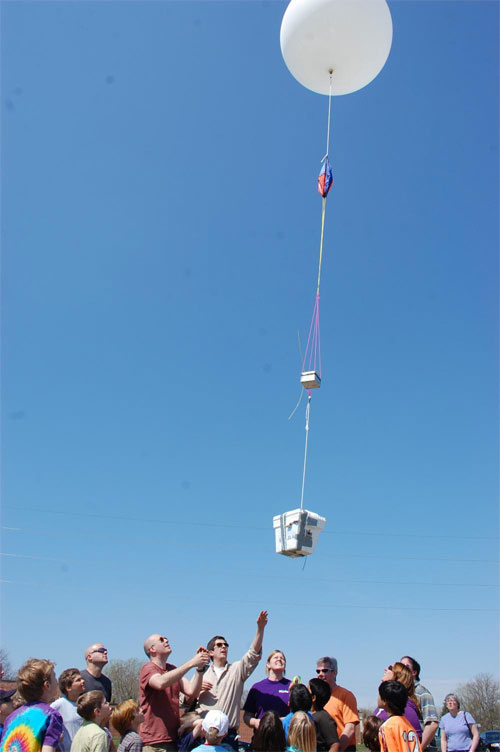 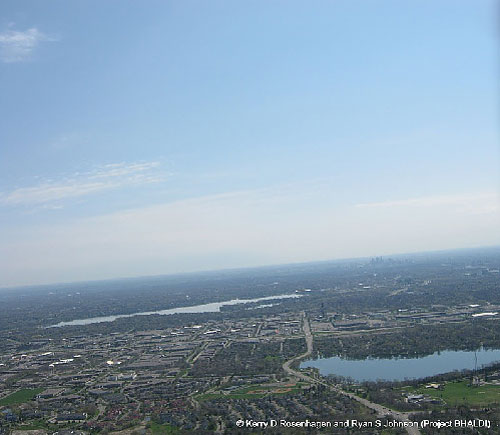 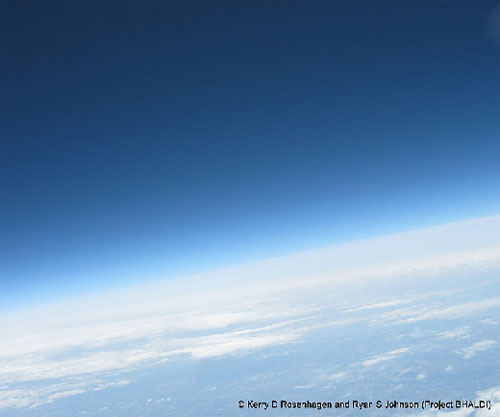 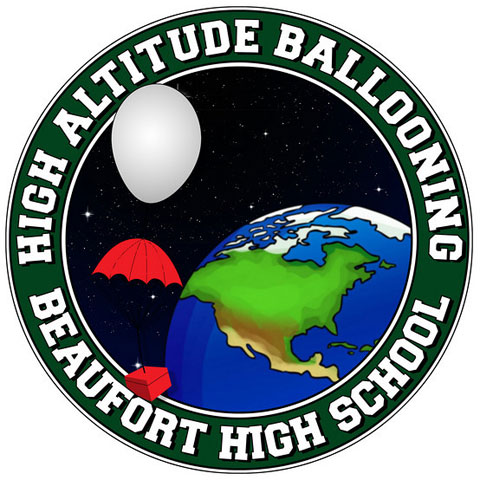 This launch has been named Gemini. If you remember the first manned NASA programs, Gemini was the second manned space program for NASA. The first program, Mercury, was just to get into space; to successfully launch and recover spacecraft. We have done that with our last four launches. The Gemini Program extended that and tested men and equipment.

As part of my Our Pale Blue Dot Project; we are launching High Alt balloons from countries of very low-income, and/or with conflicts of political racial or religious nature.

We are using your stuff for recovery…and am leaving the kit I’ve been buying from you over the last months with students as we go so they can take it further and upwards. Cambodia was our first ‘rough country’ deployment; we are accumulating gear for Thailand; and maybe kenya or Tanzania or Bangladesh will be next. I even have an offer to go to Tajikistan.

Depending on the regulations of each country things need to adjust (eg in Cambodia, you need a signature of the Minister of Communications himself to get an amateur radio license). 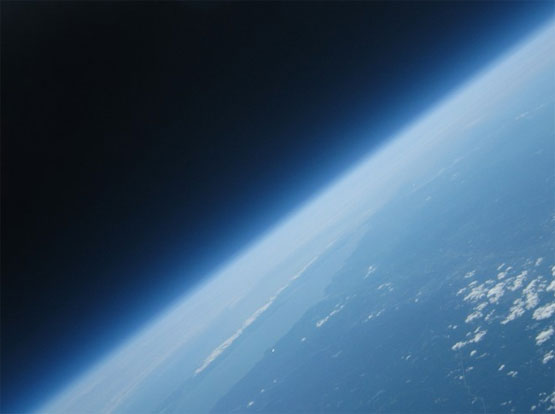 Bespoke is old hat. Off-the-shelf is in. Even Google runs the world’s biggest and scariest server farms on computers home-made from commodity parts. DIY is cheaper and often better, as Justin Lee and Oliver Yeh found out when they decided to send a camera into space. Click here to read the rest of the story. 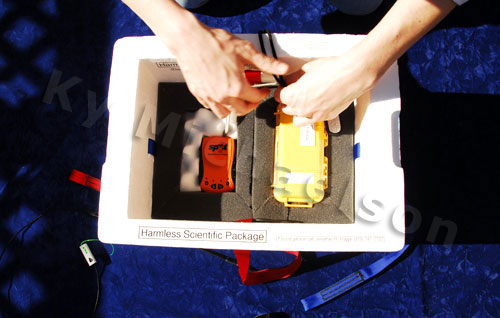 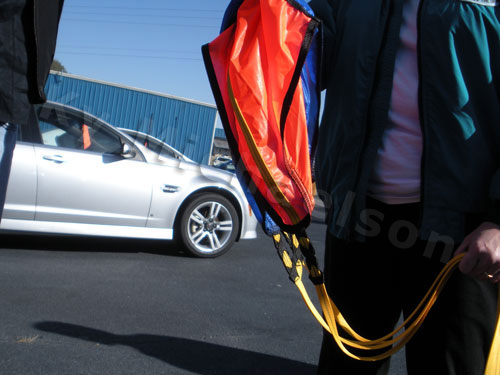 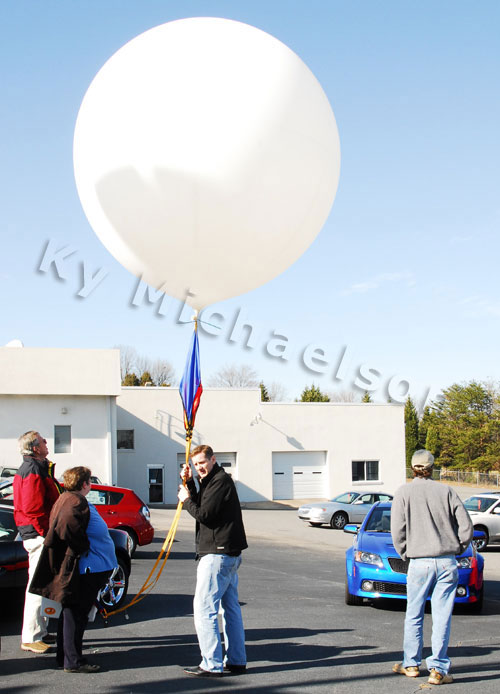 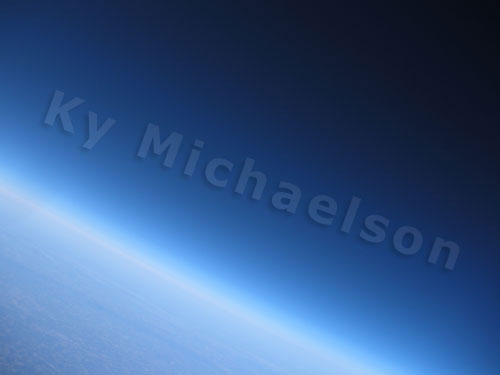 On June 21, I launched a 1,200g weather balloon to 93,757 feet. The rig included one of your five foot parachutes. We recovered the parachute and capsule. The photos are online at Thanks for your wonderful parachutes. 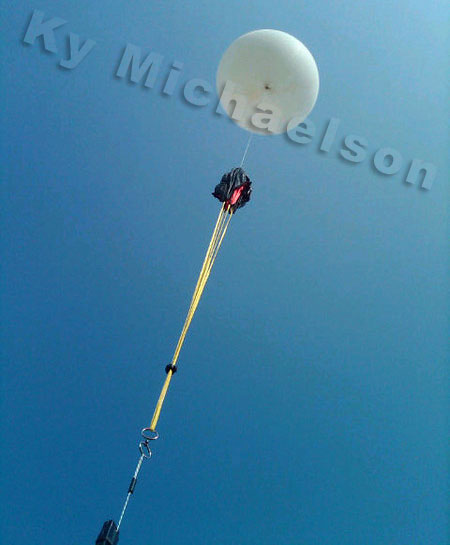 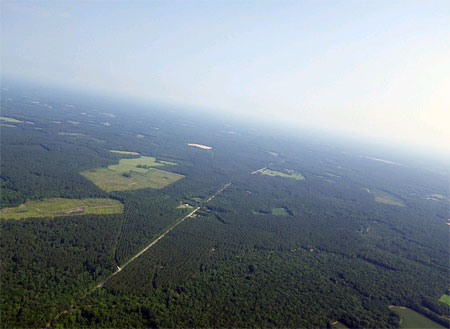 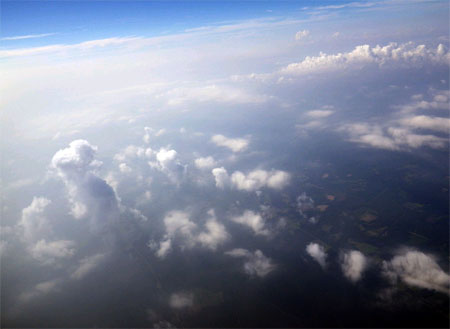 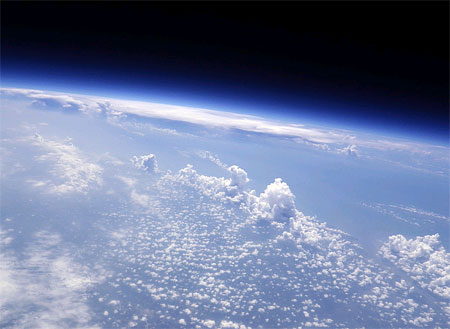 April 19, 2012: Last month, when the sun unleashed the most intense radiation storm since 2003, peppering satellites with charged particles and igniting strong auroras around both poles, a group of high school students in Bishop, California, knew just what to do.

They launched a rubber chicken.

A Rocketman High Altitude Balloon Payload Recovery Chute was used in the recovery of the payload from this launch. 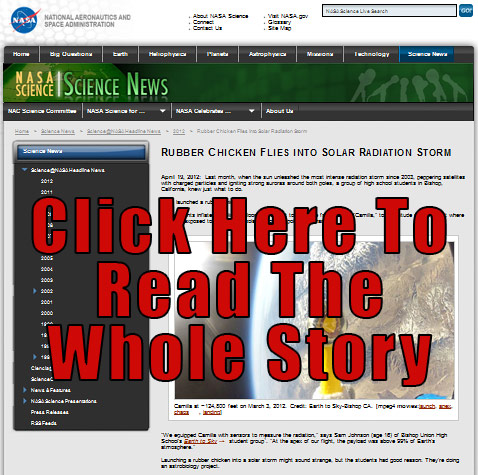 Beam me up, Kitty.

Lauren Rojas, a seventh-grader from Antioch, Calif., sent her Hello Kitty doll more than 90,000 feet into space for a science project and footage of the doll’s journey to the final frontier is causing a sensation on the Web. Click here to read the whole story…

GREAT SUCCESS WITH THE 6 FOOT PARACHUTE!

I’m the leader of a group of women in aerospace engineering at The University of Texas at Austin. We recently launched a high altitude balloon with six payloads up to over 100,000 feet. We used the B6 six foot chute and it worked PERFECTLY. Our entire series of payloads was recovered in perfect condition in a nice grassy field about 80 miles from our launch site. Thanks for making such a great product! Recovering everything safely allowed us to retrieve the amazing pictures and video we recorded during the flight and up to 100,216 feet, as well as data from our pressure sensors, accelerometers, temperature sensors, light intensity meters, etc. 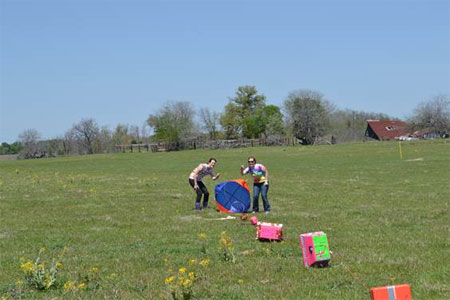 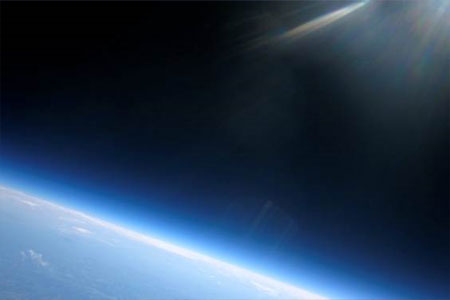 Thanks to your rocketman parachute, I’ve successfully recovered my HAB payload last week! The payload was integrating a Raspberry PI with OLED screen, I’ve created a blog describing the project (and linking to rocketman site for the hardware):

A high altitude balloon bursting at an altitude of about 90,000 feet. This was captured with a GoPro. You see the blackness of space, rapidly cooling gas, and a parachute deploying.

If ordering outside the US, please call for shipping and handling charges. ROCKETMAN Hotline 952-881-6260